Economic Growth and Equality: It Doesn’t Have to Be a Tradeoff

The onset of Covid-19 has exposed a lot of broken parts of society; global pandemics will often do that. When the world gets flipped upside down, things tend to fall out and we’re forced to look at the pieces in our attempt to put the world back together again. Income inequality just so happens to be one of those things.

So let’s take a closer look.

The pandemic has exposed the depth and breadth of income inequality in the U.S. more than any other global development in recent history. Yet, income inequality is not a new issue, nor is it solely an American one. Income inequality, or economic inequality more generally, refers to how wealth is distributed across societies and the people who live in them. The vast majority of us are negatively impacted by this inequality, and its effects stretch well beyond our bank accounts.

Give me the 101 on economic inequality.

There are a number of different ways to measure income inequality. One of the most commonly used is the Gini index. In the simplest terms, the most equal society is one where every person receives the same income; the most unequal being a society where one person receives 100% of the pot and everyone else receives nothing. In a country with high economic inequality, the majority of wealth is concentrated in a small number of people. A good example of this is in the United States, where in 2018 (the latest year where data is available), the richest 0.1% take in 196x as much income as the bottom 90% of the population.

The rich get richer and the poorer get poorer… no matter where you live.

When we apply the Gini index to different countries, things inevitably get more complicated.

You see, economic inequality happens in every country to different degrees—globally, the richest 1% of people own 44% of all the world’s wealth. The United States is far from the most unequal nation globally; according to the World Bank, the U.S. ranks #51 (out of 159) in its annual report of the most economically unequal nations. Nations in the Global South and those that are less economically developed are more likely to be more unequal and have their wealth concentrated in the hands of a few. But, the U.S. is the most economically unequal highly developed nation. 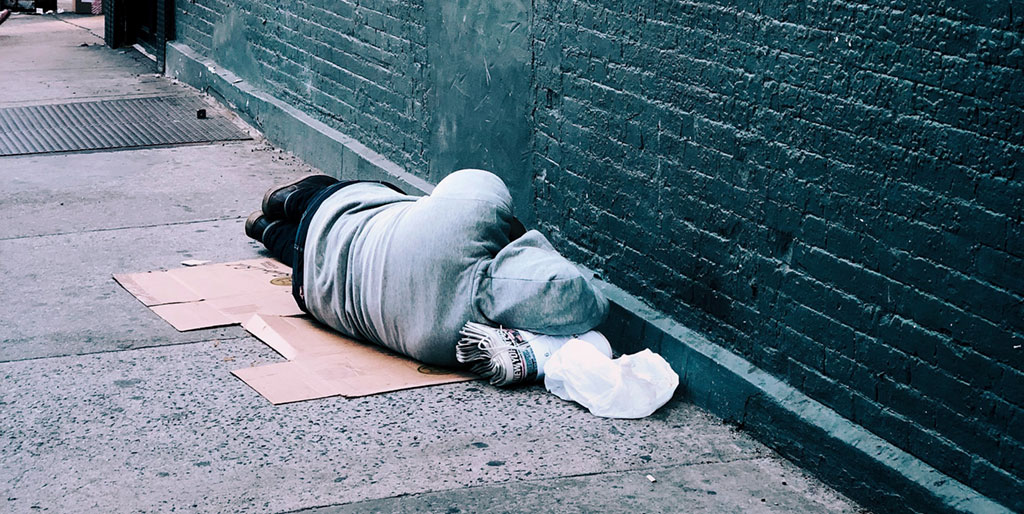 However, income inequality doesn’t happen (and isn’t sustained) within a vacuum.

Rates of inequality are influenced by a whole range of social, cultural, political, and economic factors. The Covid-19 pandemic has certainly exacerbated inequality, but it also has shone a light on the existing factors that play into the issue. Frankly, it’s forced us to look at it, talk about it, and ask ourselves what the hell are we actually going to do about it.

Economists, politicians, activists, alike have all offered up potential ways to reduce inequality. They agree that in order to find equitable solutions, we have to think about systems—how we can narrow the income gap systematically across the board, rather than looking to reduce inequality in small pockets where the most acute problems exist. Reducing income and economic inequality is an issue that affects everyone, even if you’re not one of the over 60% of American adults that agree that there is too much economic inequality in the U.S.

Policies and laws are one major way that countries and societies can challenge the status quo, but policy alone isn’t enough to fix systemic issues like income inequality. That said, there are a number of policies that are possible ways to address facets of economic inequality across demographics. Again, these are not new ideas, nor are they uniquely American. They have been attempted, implemented, and considered by governments, states, and economists across the world and across modern history. None of these options exist in a vacuum, and while they can help to reduce inequality, none of them alone can fully address the issue.

The federal minimum wage is currently $7.25 and hasn’t been increased since 2009 (barely enough to buy a fast-food lunch for one). The Economic Policy Institute lays out the advantages of raising the minimum wage to $15, a figure that some states have already adopted. The Raise the Wage Act of 2021 would gradually raise the minimum wage by 2025 and lift pay for nearly 32 million workers, over a fifth of the entire U.S. workforce. This policy would begin to address decades of growing income inequality between the most underpaid workers and the middle class. In addition, it would generate an estimated $107B in higher wages by 2025, money that would directly impact communities and households across the nation. In short, it would make a big difference. Along with raising the minimum wage, there would need to be stricter enforcement of existing minimum wage policies. Every year, U.S. employers steal $15 billion from the pockets of workers through wage theft, an issue that must be addressed at any minimum wage.

Politician and businessperson Andrew Yang drew attention in his 2020 presidential campaign for the Democratic Party nomination by calling for a Universal Basic Income as one of his primary platforms, bringing UBI back into the public conversation about the economy. UBI would institute a government program that would pay all citizens without a means test or work requirement. The monetary amount would need to be enough to sustain each individual and meet their basic needs.

There have been a number of basic income programs piloted around the world, most recently in Spain during the Covid-19 pandemic. More than 70% of Europeans supported a UBI in 2020, directly refuting widespread claims that basic income policies are “unrealistic.” The U.S. tends to be less enthusiastic about the policy schema, with only 45% supporting it. But, this research was conducted prior to the Covid-19 pandemic and subsequent global economic crisis, which theoretically could draw more in favor of UBI.

3. Support future-looking policies that create a more equal world for the next generation.

Lastly, are some more future-looking policies that address the Child Tax Credit, the Earned Income Tax Credit, and baby bonds. Currently, the Child Tax Credit provides a tax credit for parents but excludes the lowest earners from its benefits. Expanding the CTC would allow low-income families and parents to claim the full amount, helping to reduce childhood poverty.

The Earned Income Tax Credit is calculated on a taxpayer’s number of dependents (typically children) and their work status. It was implemented in the 1970s and has effectively reduced poverty and improved child education and health outcomes, while increasing employment, especially for single parents. Expanding the program would help to further reduce inequality and improve childhood outcomes.

Baby bonds may be familiar to American readers, as Senator Corey Booker introduced the American Opportunity Accounts bill during his 2020 presidential campaign. Baby bonds generally propose that each newborn receives a certain amount of money per year, deposited into an account that they cannot open until age 18. A new study on how baby bonds could impact wealth disparities by Dr. Naomi Zewde of the City University of New York shows that the policy could dramatically reduce racial economic inequality for young adults.

Addressing the CTC, EITC, and implementing baby bonds are long-term strategies for addressing income inequality. A means to invest in the fair and equal treatment of future generations. They would work and would work gradually as they invest in a brighter future for the next generation in a more fair society. 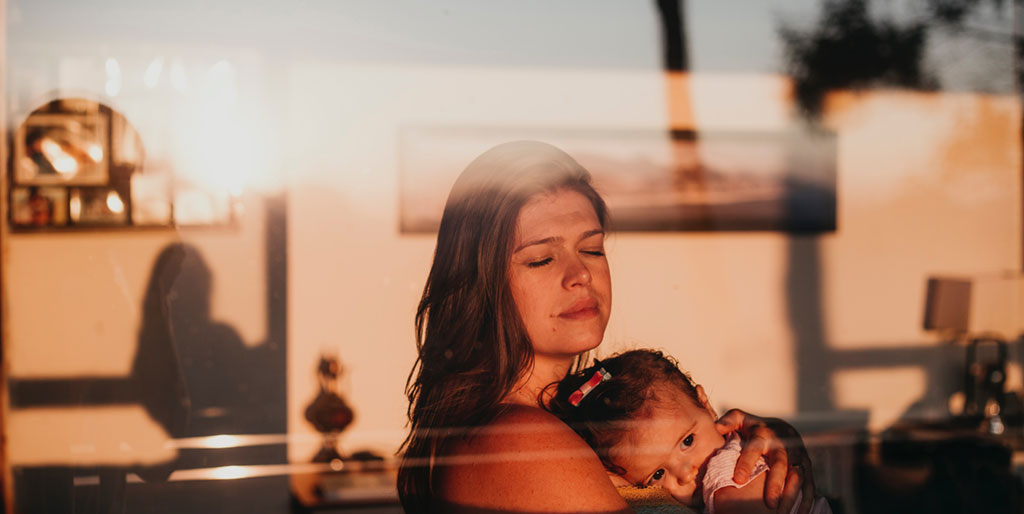 There are obvious moral and ethical arguments for why we should care about reducing inequality, the most obvious being fairness. Regardless, there are those that argue that inequality is a natural and acceptable consequence of capitalism, or that inequality is fine if people are lifted out of poverty. The primary objection to implementing policies like these is the fear that it would impede economic growth.

In fact, this isn’t the case. The IMF, OECD and others all agree that reducing economic inequality actually improves economic growth.

There isn’t a tradeoff between equality and growth, and inequality doesn’t have to exist as a natural consequence of capitalism. Implementing any of the above policies would help to address economic inequality in the United States, but none can fully remove inequality on their own. There are many other viable policies that positively address inequality, like a progressive income tax, student loan debt forgiveness, and universal childhood education that are all worthy of consideration. Reducing economic inequality isn’t an easy process, but we can make significant progress and do a lot of good.

Moving towards an equitable society should be a primary goal for us not just as individuals impacted by disparities, but as members of our global community. We need to remember, we’re in this together. Economic inequality benefits very few people, but negatively impacts the vast majority of us.

As the cultural landscape continuously morphs, vital issues often get lost in the noise or swallowed up completely. Our natural instinct is to quiet clamor and move on with our lives, but The Sound knows that it’s imperative to continue to increase the awareness around topics that are too damn important to be ignored. ???????????? | ???????????????????? ???????? ???????????????????????????? serves as an editorial outlet for Sounders seeking to champion these causes – unearthing and uprooting perspectives, perceptions, and misconceptions that affect all of us.

Check out other articles from #SOS:

Planet Will Be Fine. Climate Change Is A Threat To Us

As the cultural landscape continuously morphs, vital issues often get lost in the noise or swallowed up completely. Our natural instinct is to quiet clamor...

Black Lives Matter and the ongoing fight for racial justice and equity dominates headlines. But, there’s a need for critical engagement as we understand its impact. In the inaugural piece from SOS | Sound of Society: Black Lives Matter, we tackle the complicated idea of compliance as it relates to law enforcement interactions with people of color.