They’ve grown up fast, and they’ve been taught to be critical thinkers.

They are realistic, and resilient.

They want to make a difference to the world.

They engage with the alternative and graduate to rebels.

Things have changed a lot in the last decade and not always for the best. We’ve found ourselves living in an increasingly complex world with an increasingly uncertain future. Making sense of it all is hard enough but forcing a generation to carve an identity from it just seems cruel. But that’s exactly what the generation coming of age has been tasked with –and they’re stepping up to the plate whether they want to or not.

As researchers obsessed with understanding growing up (at whatever age that happens) this one’s caught our full attention. For one, they seem to be fast-tracking the whole thing. They’re wise beyond their years. But there’s more to it than that… something deeper than the typical teenage drama stuff. No doubt they’ve got a lot of character, but there’s also something we weren’t expecting to find at all. They’ve got some edge.

So what is this edge? It’s reactionary – the result of forming an identity out of uncertainty and complexity. It’s also necessary – you’re going to need it if you want to grow up and find your place in the world. And lastly, (and most telling) it’s a gift from their Gen-X parents who’ve seen this whole mess coming for a while. Meet the next generation: Gen-Edge.

What Does it Mean to Have Edge

Edge means being realistic. The parental safety-net provided to the Boomer’s Millennials has been dismantled by Gen-X parents living through a recession. The guarantee that higher education means a career (or any job for that matter) is null and void. Not that we’re suggesting they see the future as all doom and gloom, but Gen-Edge’s goals and aspirations are being anchored by this new reality. Accepting that is the first step to getting on with life… and growing up.

Edge requires resilience. The days of self-entitlement are no more. It’s a luxury the new world simply couldn’t afford Gen-Edge. Not that it’s a bad thing, they’ve just had to learn to roll with the punches from the get-go. It means that when it comes to making it in the “Real World” they’re not expecting it to be easy. And when those expectations are met, they don’t mind sparing a little elbow grease to make it happen.

The only world Gen-Edge has known is a complex one. (Blame the internet for pulling back the curtains.) They’ve never known “simpler” times –not that they’d want to … complexity is where they thrive. Whether it’s in the form of technology, social media, or deciding what to do after high school, they’ve been dealing with too much vs. too little information their entire lives. It means they’ve had to learn to tell the good from the bad. It’s allowed them to navigate the world with a degree of savviness far beyond their years. It’s kinda what makes them so cool.

Want more Gen-Edge? Check out our series of reports series exploring the identity, values, and lifestyles of the post-Millennial generation. 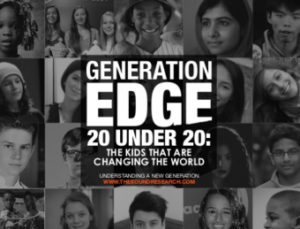 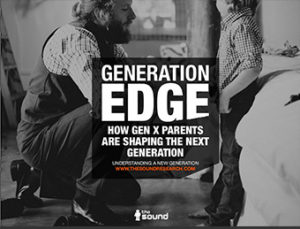 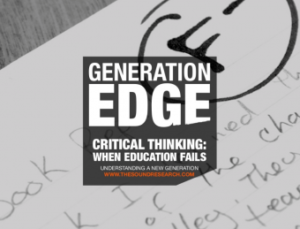 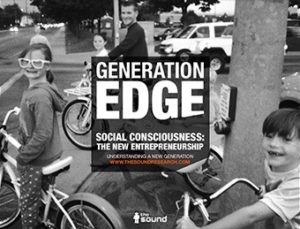 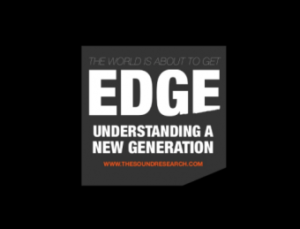 Plant-based foods are skyrocketing in demand, even more so now during COVID-19. The Sound dives into the consumer motivations, trends, and brand strategy behind the category’s massive growth. From the eco-friendly trendsetters, to the health-motivated newbies, the motivations behind trying plant-based foods are as diverse as the products available on shelves right now.

Sustaining the Boom in Home Entertainment

COVID-19 has led to an explosion of new behaviors in home entertainment. What will stick and become a ritual? And how can brands anticipate what's to come so they can shape a proactive plan for the future? The answer lies in understanding the motivations driving our new behaviors, and the shift in what we may value as a result.