Entrepreneurship in the Black Market

Conversations surrounding the legislation and legitimacy of marijuana use are nothing new. Lately, the topic has become seemingly unavoidable within public discourse. However, marijuana’s renaissance isn’t happening all at once, or at all in many parts of the country. Unfortunately, this is forcing most Americans to continue using illegal sources to obtain their recreational substance of choice.

This week, we sat down with one of these ‘sources’ to understand how marijuana’s black market economy works, and how that market is birthing a new breed of entrepreneur. Alex (disclaimer: this is not his real name, but you know…), started selling marijuana about 6 years ago, and business has been booming ever since.

Hey Alex, thanks for sitting down with us. To start, it would be great if you could tell us a little bit about yourself, and how you got started in the marijuana business.

Sure, but I wouldn’t even really know where to start. I don’t really want to tell you that much about me personally for privacy reasons, and honestly there’s not really that much to tell. I’m originally from the suburbs of Chicago, and had a fairly normal upbringing. Growing up my family wasn’t rich or anything, but we certainly weren’t poor either. Just kind of average I guess.

Now, when it comes to my story with weed…I think it’s probably easiest to start from the beginning. Everything started when I was about 18. I had just quit my job in retail and was having a hard time making ends meet. I needed a way to make money, and was feeling pretty desperate. It was shortly thereafter when one of my good friends suggested I start selling weed, which made sense because most of my friends were already coming to me to find it anyways. I figured I’d just cut out the middleman and start my own thing. I fucking hate working for anyone but myself anyway, so I said ‘fuck it’ and went for it. 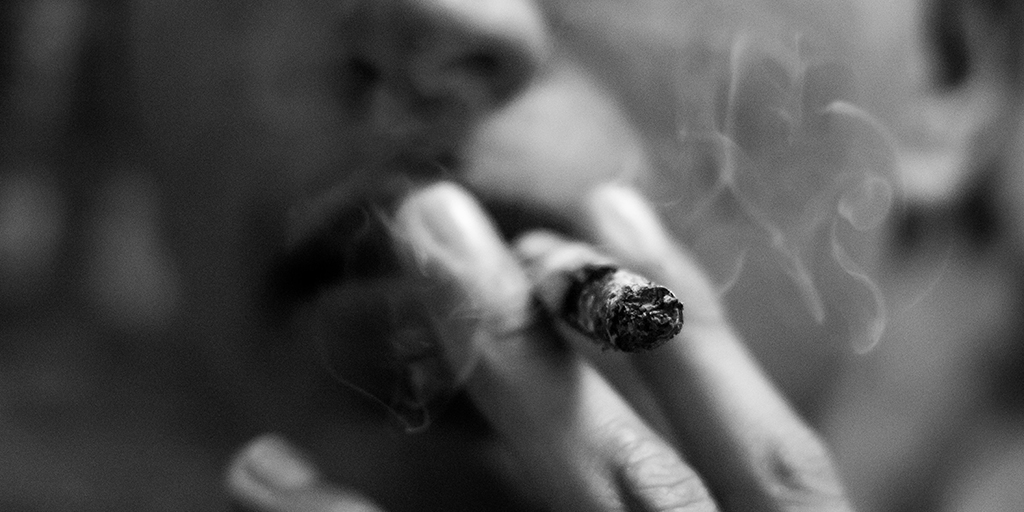 Photo by Dimitri Bong on Unsplash

Ok, so you quit your job and started dealing. What happened next?

I officially started dealing when I picked up a half [ounce – 14 grams of marijuana] for like 180 bucks and started pushing nicks, dimes, and dubs [$5,$10, & $20 bags] to my inner circle of friends. Things really took off from there…you don’t really ever expect to get to a certain level.

Well, I guess I mean the level that I’m at currently…or was until recently. You see, when I started I was just selling to my friends, and they weren’t picking up that much. I was selling a gram here and an eighth [3.5 grams] there, which was good money at the time, and a lot better money than I was making folding jeans, but still wasn’t going to support me in the long run.

In the first three years or so, I managed to work my way up to 2-3 pounds [$6-8,000 street value] a week. The issue was I was hitting a plateau and the guy I was picking up from was ripping me off. When you climb up the ladder, like any industry, you don’t really know that much…you just kind of have to pay your dues and learn your lessons.

How it typically worked was I would hear from friends that some new guy could get me a certain amount for a good price. After that, I would just think “ok, if he’s willing to sell it to me for this much, then he must be getting it for this much.” Then, I would only pay the wholesale price. It all just kind of builds organically from there. You just get connected to the right people at the right time.

Finally, I was able to meet the right people, and I grew to the point that, until very recently, I was moving just over 20 pounds [about $70,000 street value] a week through my network.

Alright, so help me get this straight. You started out by pushing a mere half-ounce a week, and in just under three years you’re moving nearly 650 times that much weight in that same span of a week. It can’t just be meeting the right people. What do you think made you so successful?

Honestly it’s all about consistency. Once I got started I immediately noticed that there aren’t a lot of consistent guys in this business. They either bring really inconsistent quality, or are just too fucking high to answer their phone. That’s not me. I always respond, even if I can’t do what you need me to, I’ll still hit you back. I’m just that kind of person…I hate missing a sale, and am just a business minded individual I guess.

I mean I always viewed it as a business, not just a way to supply my habit. Make no mistake about it, I’m in it for the money. That’s why I started a business.

For example, another thing that makes me different from most of the other dealers is that I never just pick up from one guy. I pick up from multiple wholesalers because I like to be readily available, and that’s why I think I was able to build my business better than most…I always had stuff, it was consistent, and I was timely. So every week I would sell my stock, collect the money and resupply. Same thing, week in and week out. It really felt like a job more than anything else.

So, as you grew you needed to find new customers, right? But how did you find people to sell that much weed to consistently?

Actually, my customer base didn’t change that much. It typically doesn’t change as much as people would think. A lot of the people I deal with; I’ve dealt with for years because they’re basically doing the same thing I am. As they get bigger, and their needs grow, it allows me to get bigger as they’re consistent, reliable sources. Occasionally I’d be introduced to someone new, but it always made me super weary. So, I always tried to work only with people that I genuinely trusted.

I mean I pretty much turned the majority of my close friends into my salesmen, at least at one point in their lives. I would never really solicit customers, because that’s where you can get yourself into trouble. I did solicit employees whenever I could. I would be with my boys back home and would say things like, “hey, if you need some extra money I could help you out.” For me, the only real way to grow is to facilitate the growth of the people around you. And that’s exactly what I did.

Quick question, where is all this weed coming from? No one in Chicago is growing that much weed, right?

Dude, literally all the weed in Chicago, and most of the country is coming from the states where it’s legal. California, Colorado and Washington. Dealers bigger than me are smuggling hundreds of pounds into just Chicago every week. There isn’t pot coming in from Mexico or South America anymore, at least not any pot that people will buy…because it’s such inferior quality. Those countries have all focused on the harder stuff these days. 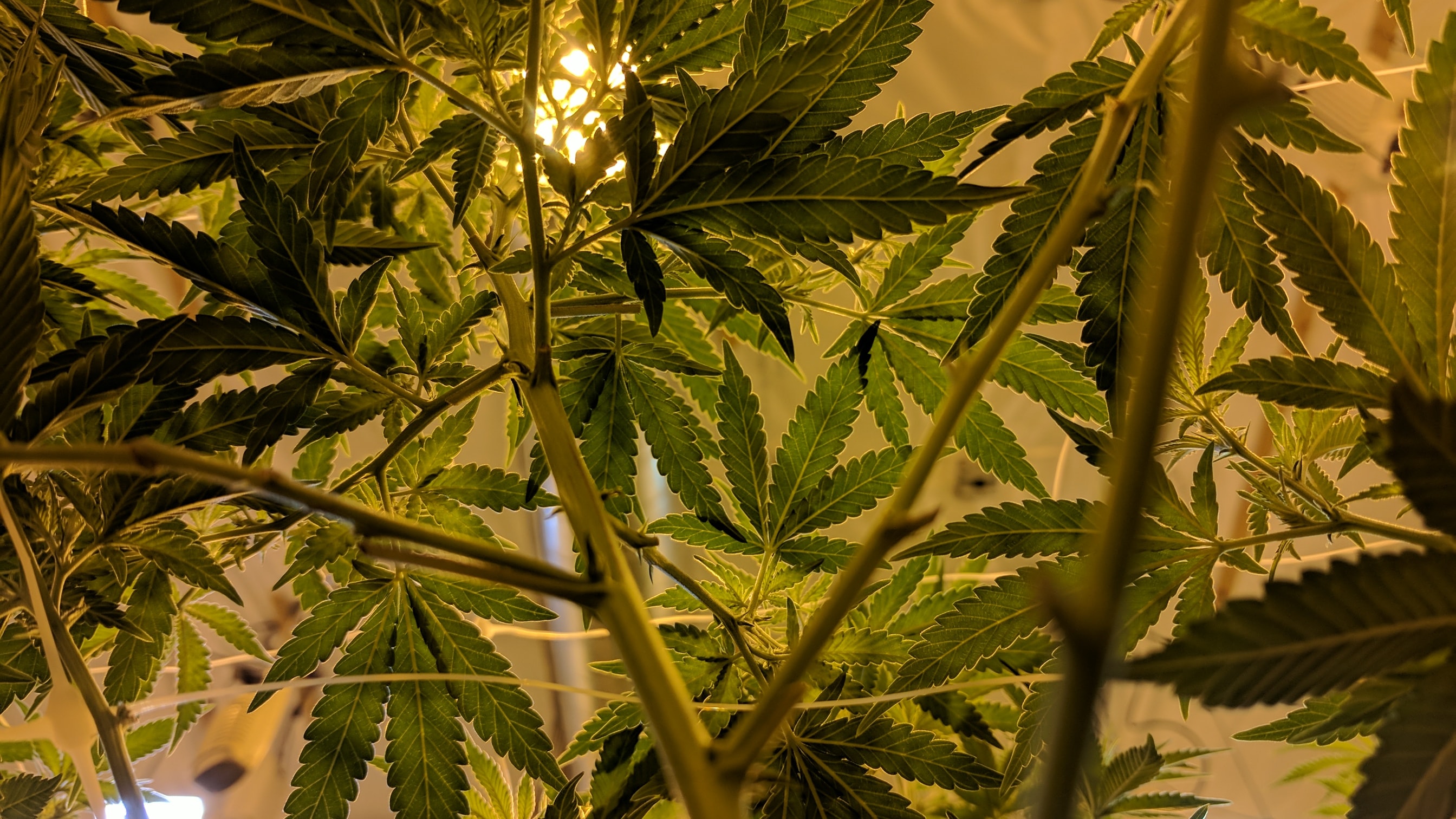 Photo by Drew Taylor on Unsplash

Earlier, you said that meeting new people makes you weary. But, you really only worked with your friends. Did you ever find yourself in some sticky situation? I mean pushing 20 pounds a week can’t just be smiles and money, right?

Uhhh yeah, definitely not all sunshine and rainbows. I’ve been robbed a couple times, well a few times actually. But, only twice at gunpoint.

The thing is, every time I got robbed or found myself in a shitty situation, it was pretty much my fault. You get greedy, carried away, or need something really badly, and you end up trusting someone that you shouldn’t trust. It’s just greed.

The first time it happened to me, I was like 19. My buddy set me up with this girl, and I when went to meet them she was there with her boyfriend and some random dude. I should’ve just walked away then, but I needed the money. So I get in the car, give him the shit to look at, and out of nowhere he jumps out pulls my door open and points a gun at me. I was in total shock…I was a 19-year-old kid from the suburbs and had obviously never had a gun pointed me. I just sat there, and let him take it. There’s nothing you can do about it when someone has a gun.

So you got robbed for the first time, why did you keep going? Don’t you think that would’ve scared most 19-year-olds off?

Well yeah, but I didn’t view it like someone took advantage of me or ripped me off. Like I said, it was my fault. I shouldn’t have trusted that person…I should’ve known from the beginning that it was a sketchy situation. Instead of looking at it as a setback, I looked at it as a valuable lesson and learning opportunity.

I often talk myself out of my gut feeling that something’s up, and that’s always when shit hits the fan.

For example, the second time I got robbed this dude who I’d been dealing with for years calls me up and offers me a great price on a large shipment. Almost too good to be true, but I guess I trusted this dude, which was my first mistake. Then, as the day I’m supposed to go pick the shit up rolls around he starts calling me and changing the location. Again, another red flag. But, I got greedy and started thinking about all the money I was going to make…That night I ended up getting my face smashed up, left bleeding in an abandoned warehouse, and out about $70,000. Another valuable lesson learned, albeit a much pricier lesson the second time.

That’s crazy. At what point do you take a step back and think to yourself, “What the fuck am I doing?” Does that point even exist?

I’d sit back and wonder ‘how’d I get here?’ There were a lot of times when I did want to stop. I told myself that once I got my degree I would stop, but by the time that happened the money was just too good. I was making like 10-15 grand a week, and I don’t know…I just didn’t do it.

I always wanted to start a business, a legitimate one. And was on the verge of doing it, but…it never happened.

I got caught a few months back. Everything is gone. My stash, my savings, everything I’ve worked for. It’s not all bad though. I mean Chicago gets a lot of weed cases and mine is relatively small. So, my lawyers think I most likely won’t see jail time.

Wait, your case is relatively small? Explain that to me

Dude, even though it might sound like I was some big kingpin drug dealer to the general public, that’s not the case at all. I was pretty much a small fish in a big pond. Like I said earlier, there are dudes shipping in hundreds of pounds every week from California and Colorado. And that’s just the weed dealers, which most police officers don’t really care about nowadays anyway. All the narcotics teams are focused on blow and smack. No one gives a fuck about weed anymore. They just have to pretend to care if they catch you red-handed.