The Edge of Gender

So you might be asking yourself, what business does a 37-year-old cis straight woman have writing about gender. Believe me, I asked myself the same question. Well, let me tell you why.

Since we embarked on our journey to explore the post-Millennial generation, Gen Z, we noticed they were very different, in many ways. Not only were they different when it came to the world they’ve grown up in, their outlook on life, and what they value as a cohort… but we noticed their understanding of gender was uniquely different… and not just compared to their Millennial counterparts either, but compared to the shared societal understanding of gender that has dominated the Western cultural mindset for centuries. Let’s just say those Gen Zers are pretty damn perceptive…

Across demographics, languages and borders, they have proven to be far more progressive than Millennials when it comes to gender-related issues, and a stark departure from Gen Xers and Boomers.

Gen Z recognizes the binary definition of gender for what it truly is…a socially constructed concept (and a dated one at that). A label given to us before we are born. A set of expectations prescribed by our parents. A dichotomy fabricated to make sense of our world. A group of norms dictated by public law and discourse. A script socialized through media messages and cheesy half-hour sitcoms. Which means, we kinda made it up…

According to Gen Edge, society always assumed those who were questioning their gender identity were the one’s confused… but it has been society that has been confused about gender identity. And now they are just waiting for the rest of the world (including brands) to catch up.

But why do they think like this, and how did we get here? We’ve been digging into the emerging political views and experiences of Gen Edge and have pinpointed a few critical factors that have pushed them towards embracing gender equality as a generational ideal: 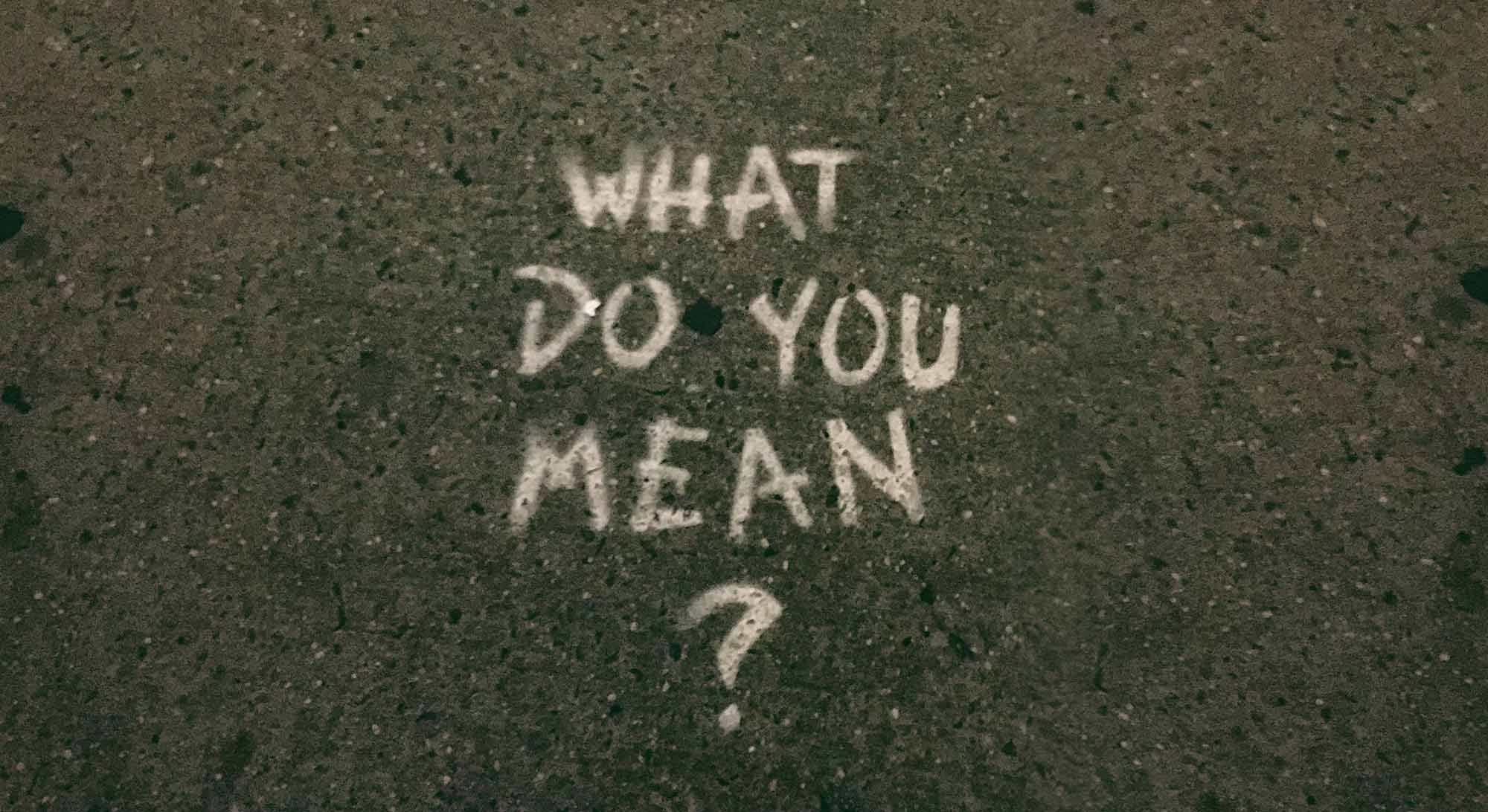 Photo by Jon Tyson on Unsplash

Mix one part post-financial crash realism with two parts informational overload you get a generation that not only has a broader worldview, but is more eager to challenge the institutions they have inherited.

Growing up in a globalized and digitized age, Gen Edge interacts with mass culture on a far more personal, peer-to-peer level. They are able to listen to a wider range of voices, and then integrate those voices into how they see the world. As such, they are becoming more aware that the social systems previous generations relied on (including gender) can’t necessarily be trusted. So they’re asking more questions, challenging the status quo, and becoming more fluid in the way they live. 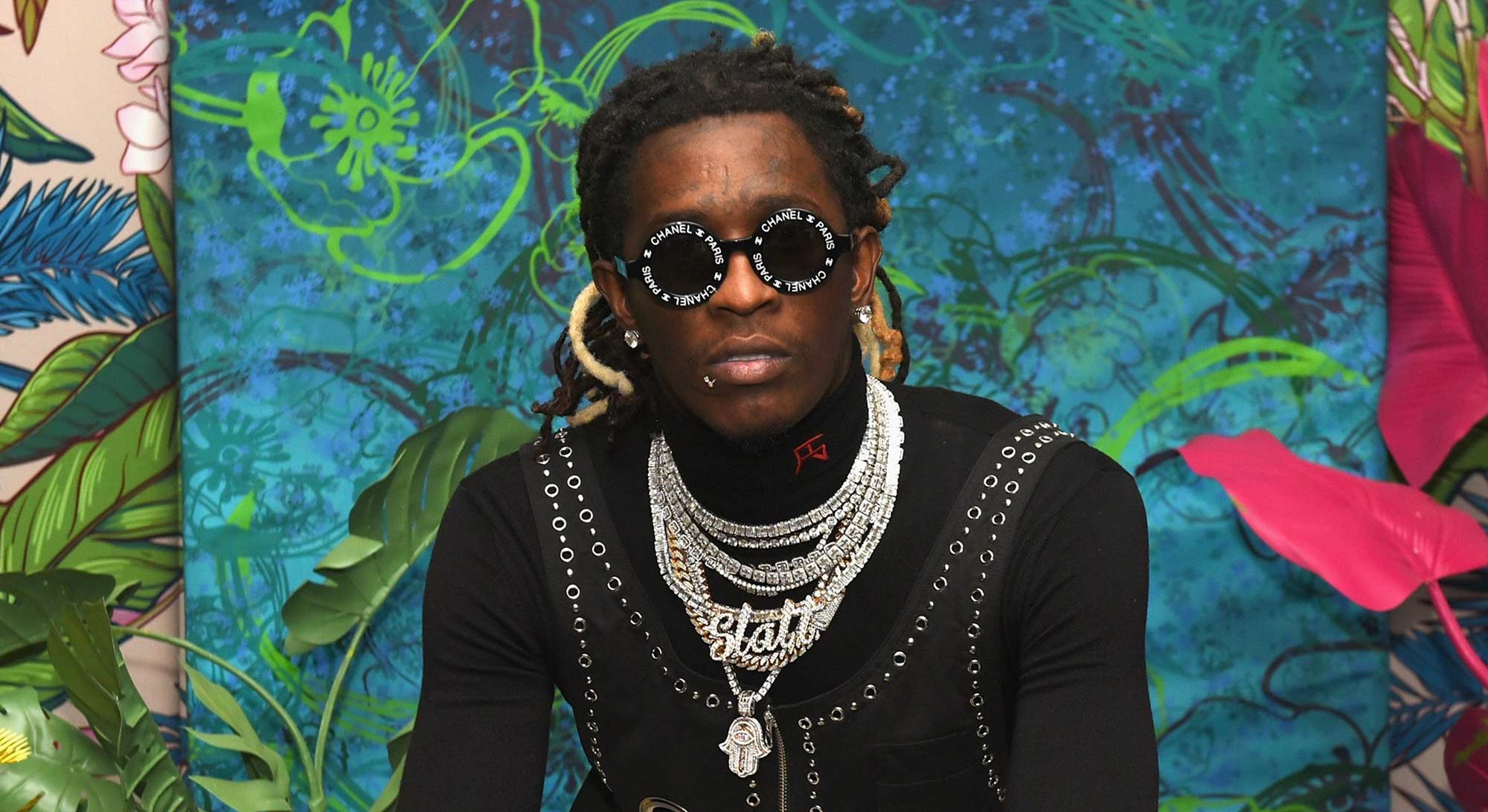 Young musicians, actors, artists and creators are choosing to not conform to binary gender norms and are proudly airing their transitions on their respective mediums. As demonstrated by rappers like Young Thug, it’s become avant garde to wear women’s clothing and borderline macho to challenge gender stereotypes. However, the conversation is much more profound than a fleeting fad… It has served as a tipping point.

Influencers are a means of broadening the mainstream’s perception of what gender is and what it looks like. People like Cait Jenner, Ruby Rose, Laverne Cox, and Miley Cyrus have become advocates for ‘gendercation,’ and are making a lot of noise. 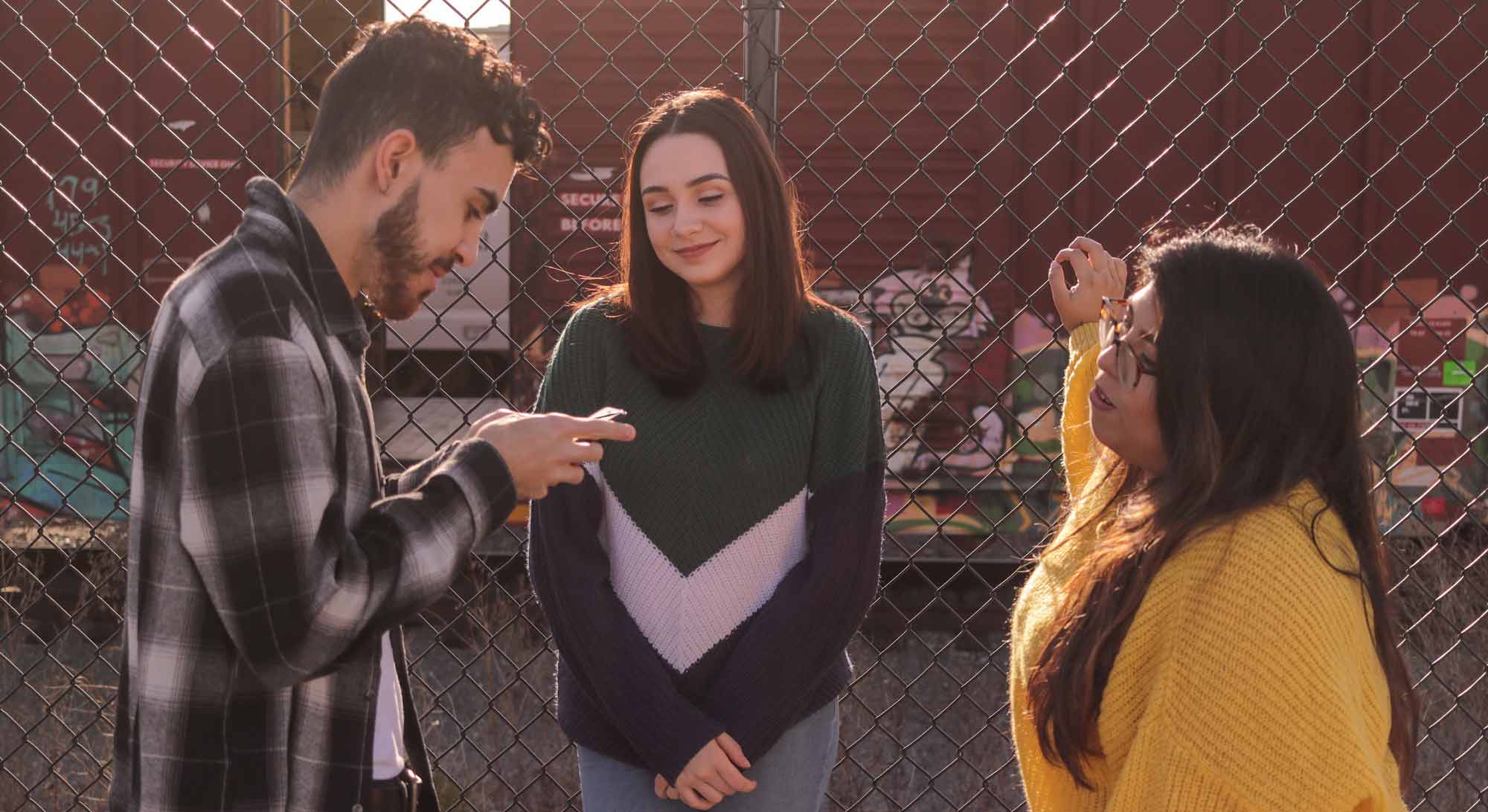 Photo by Eliott Reyna on Unsplash

Gone are the days of thinking you’re all alone this world, or thinking you’re the only person suffering with a particular challenge. With the rise of diverse and easily accessible online communities, people are connecting with each other in entirely new ways, on a much larger scale, and in many cases discovering themselves in the process.

Online support groups, blogs, virtual meet-ups, and social networking apps serve as communal spaces for people to share their stories and find a sense of belonging and acceptance. Now, those who are exploring their gender identity can find others who understand them and most importantly, won’t discriminate against them.

So what is gender, according to Gen Edge? 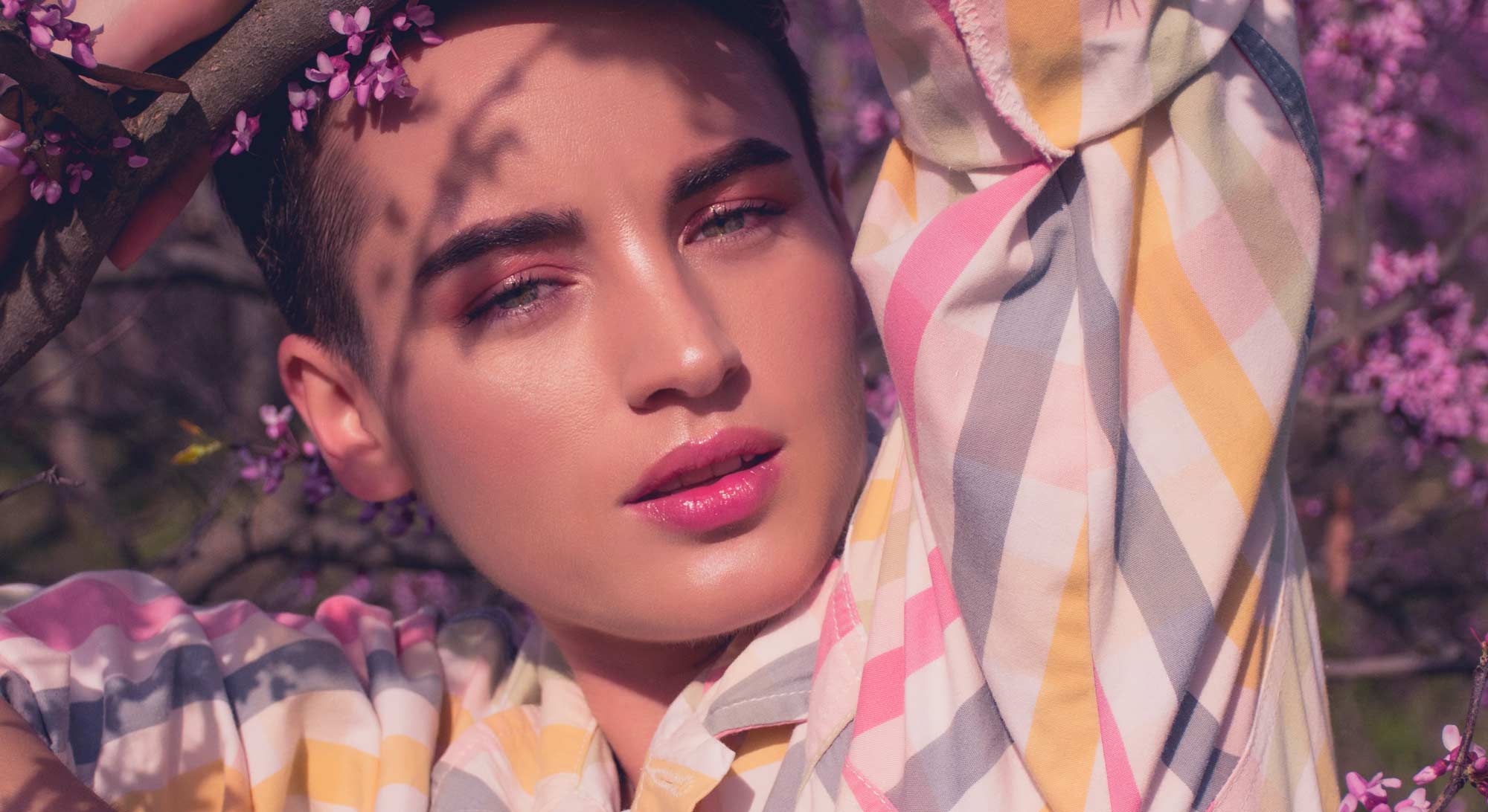 Photo by Sharon McCutcheon on Unsplash

Gone are the days of thinking you’re all alone this world, or thinking you’re the only person suffering with a particular challenge. With the rise of diverse and easily accessible online communities, people are connecting with each other in entirely new ways, on a much larger scale, and in many cases discovering themselves in the process.

Online support groups, blogs, virtual meet-ups, and social networking apps serve as communal spaces for people to share their stories and find a sense of belonging and acceptance. Now, those who are exploring their gender identity can find others who understand them and most importantly, won’t discriminate against them.

Gender is a spectrum (and always has been).

Gen Edge believe that the binary definition of gender fails to recognize a little something called human diversity. In their minds, gender is more accurately described as a spectrum or continuum. Some people identify more as a male, some more as a female, some as both male and female and some as neither.

The point is that gender is complicated, because people are complicated. How do they know this? Well, because they live it. They openly share stories with us about the journeys they or their friends have been on to discover what articulation of gender feels true for them.

Recently, one Edger told us:

“When I was young I noticed that I liked girls instead of boys. When I got older I came out to my family rather than as lesbian, as transgender FTM. My mother did not take it well and she said some very nasty things and continued to do so for years. Then I came out as pansexual on national coming out Day and I felt so proud that I finally found a name for my sexuality. One day at gender sexuality alliance we were doing a review of all the different types of gender and one of them was bi-gender which I had never heard of before. It’s where you can have two genders at the same time. I immediately felt that fit me perfectly.”

Gender is fluid (and roles are blurring).

The nice thing about gender is that it can change. Masculinity doesn’t belong to men and femininity doesn’t belong to women. Gen Edge feels they have permission to play with gender cues as a means to express themselves depending on their personality, mood, or interests. One day they can feel more female, one day they can feel more male. The beauty of it all is nothing’s fixed. Only 44% of Gen Edgers in the US say they buy clothes designed for their own gender.

Gender is language (and semantics count)

Gender pronouns have been a part of the human vernacular for thousands of years; social labels people have used to identify whether someone is a ‘him’ or a ‘her’… because it was convenient.

However, Gen Edge believe gender pronouns no longer represent the full spectrum and hence are being revised. Instead of assuming one is a ‘he’ or a ‘she’, it’s becoming normal for Edgers to be aware of an individual’s pronoun preference, including gender neutral pronouns such as ‘ze’, ‘xe’ or ‘they’. In this case, Gen Edge gets that words can hurt people, and using language that doesn’t reflect how one self-identifies could have severe or negative consequences. 56% percent of 13-to-20-year-olds said that they knew someone who went by gender neutral pronouns such as “they,” “them,” or “ze,” compared to 43 percent of people aged 28 to 34 years old.

But what does it all mean?

Generation Z has embraced a more fluid and accepting understanding of gender because they were able to empathize with those who had different experiences. 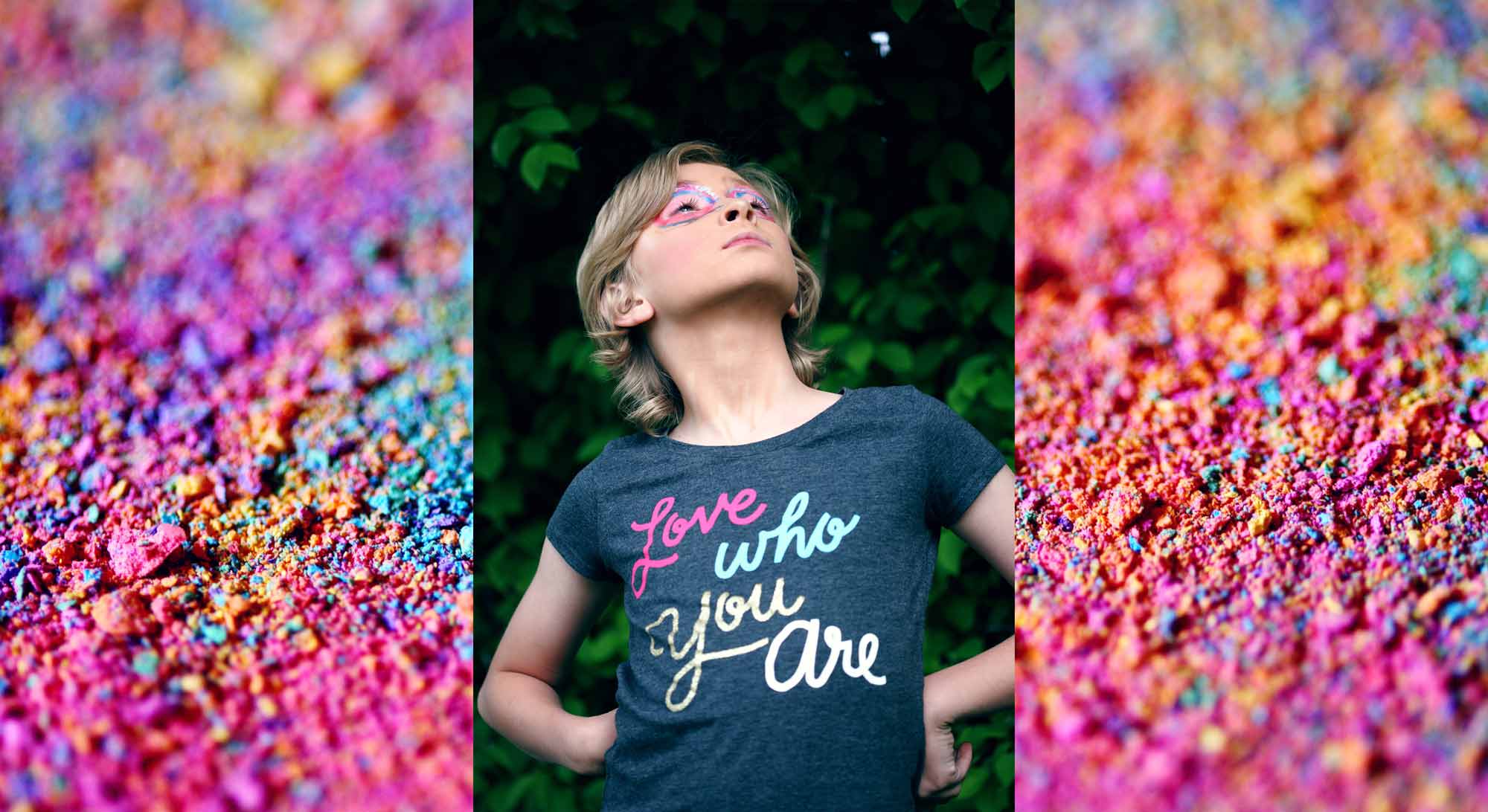 Photo by Sharon McCutcheon on Unsplash

As gender identity issues reach a cultural tipping point, the implications for brands are numerous and swelling but the most important takeaway here is that they have an opportunity to become part of the conversation. They can create awareness, they can educate the public, and they can help to eliminate stigma and prejudice. And as Gen Edge matures and their influence expands, traditional gender norms seem more and more outdated.

As marketers (and human beings) we like to bucket consumers into data driven segments – and gender is typically where we go first. But it’s time we think about people before gender. To segment our audience by what drives them, how they feel, what their needs are, regardless of what gender they identify as. Using vague generalities to distinguish what “men” want and what “women” want is not only inaccurate, but limiting.

Whereas focusing on real, human truths has a much broader reach and the potential to connect with consumers on a much deeper level. 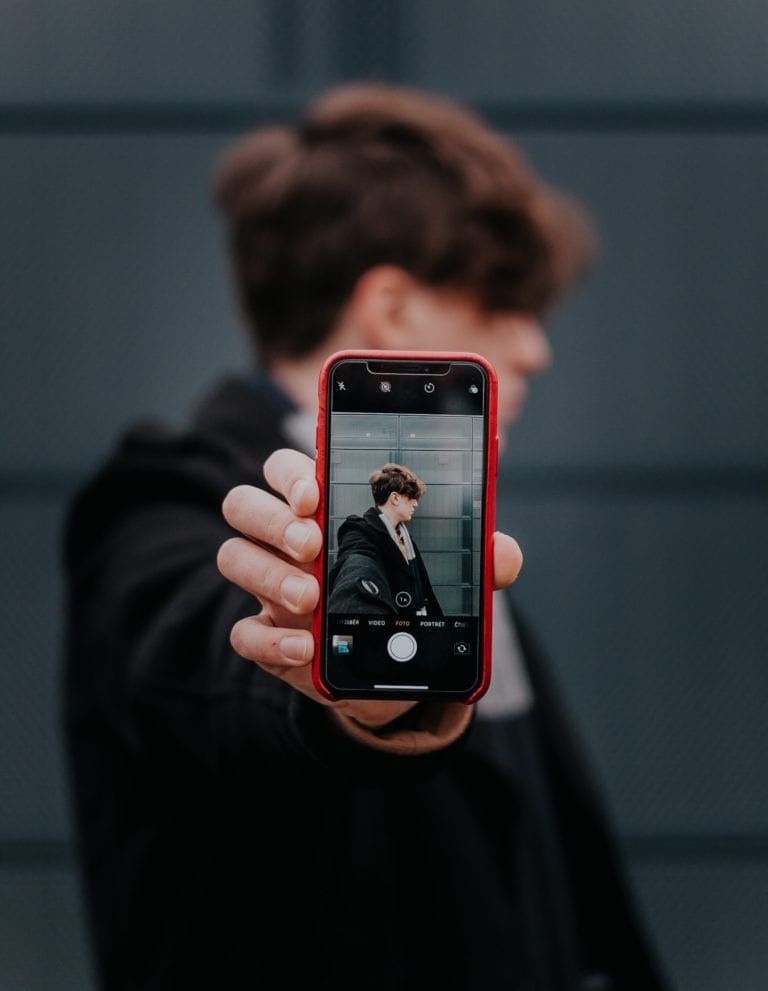 5 Surprises about Gen Z and Tech

Compared to Millennials, Gen Z’s relationship with tech is evolving. We don’t believe tech fatigue has set in but rather that there's a couple of other things at play for these mature, critical thinkers. 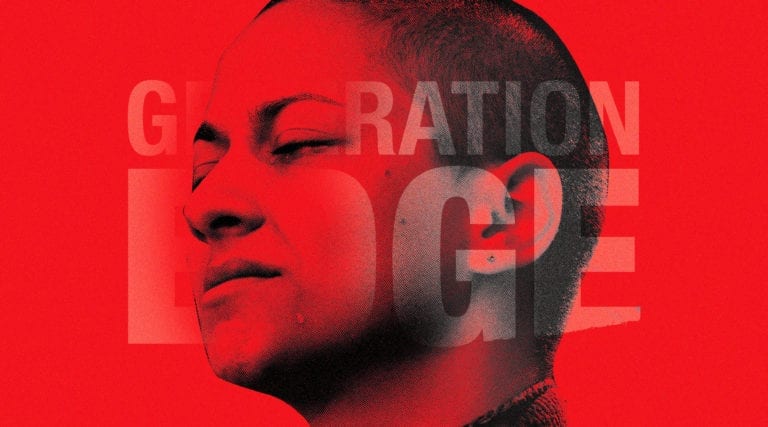 We've spent almost 10 years getting familiar with Generation Z and made it our mission to understand who they are, what matters to them and why it will matter to you. Want to better understand Gen Z and its implications for brands? Check out our new report Gen Edge: Refresh.