When you think of influencers, what do you think of? A Gen Z with millions of followers? Think again.

When brands think of who can get their message to the greatest number of people, they look no further than those with the biggest following. Sure, Ariana Grande can reach all 300 million followers in one post (and charge brands just $1.5m for the honor) but she may not have the greatest influence on behavior.

When brands start asking who can influence sales the most, a whole different type of influencer emerges. Research shows that middle influencers, those with just 35-65k, have the greatest influence on brand reach and engagement. This is because middle influencers are more relatable to consumers, which resonates more than the iconography of celebrities who live lavish, distant lifestyles.

All of this begs the question – can brands avoid the dazzling numbers surrounding celebrities and use more localized influencers to take advantage of peer effects? 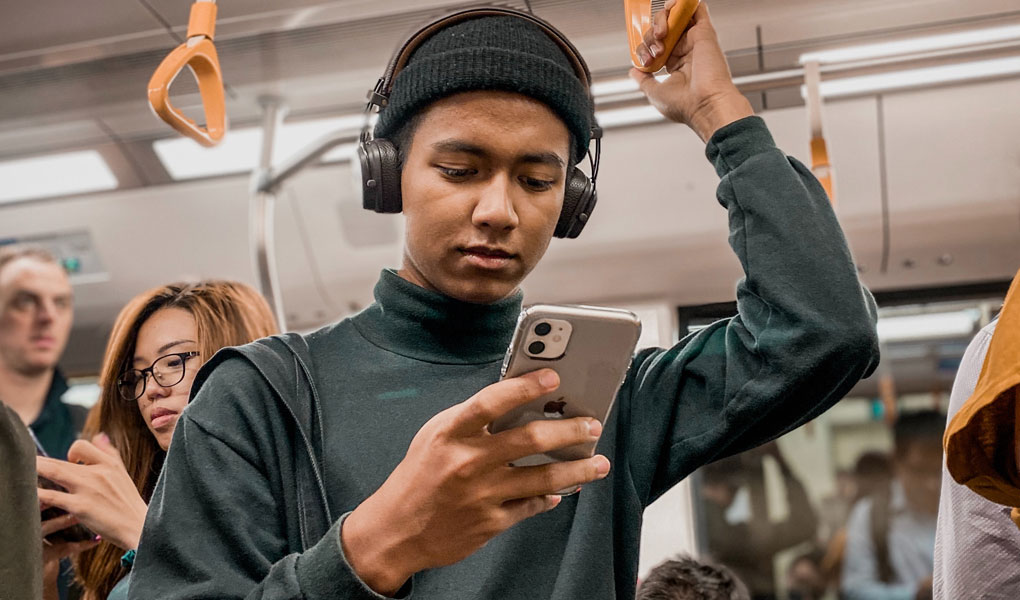 A recent paper studied how someone buying a new phone influences others. Using Facebook data, they were able to estimate that having a friend buy a phone increases the likelihood that you buy a phone the following week alone by 4%.

1 in 10 new phone purchases leads to an additional friend buying a phone the following week.

Specifically, they found the greatest influencers in the phone market have the following features:

In fact, the greatest influence on the over 40s came from friends under 25, showing that over 40s trust tech natives in this category. The paper also found that peer effects work both within and across brands, where someone buying one brand increases the purchases of all brands.

These results are particularly interesting when it comes to smaller brands. It turns out that peer effects are greatest for smaller brands due to social learning. Meaning, the peer effects of someone owning a non-mainstream phone, such as an Alcatel, are greater than an iPhone as people learn more about brands if they’re less common.

Consequently, small brands looking to enter concentrated technology markets such as smartphones, should aim for people that are: geographically close to tight friendship groups and are passionate about the category, as these maximize the peer effect.

Ok, so peer effects are a thing when it comes to phone purchases. Makes sense. It’s an inherently socially driven category. People like to talk about their new phones. So, let’s look at another category…

Take green technologies for example. In the Solar Panel market, peer effects have been studied at the community level by using solar panel registration data. It shows that the chance of a house installing panels is increased by 9x if someone on the street already has them, compared to elsewhere in the neighborhood. A more progressive spin on keeping up with Joneses, if you will.

Overall, peer effects are estimated to increase sales by 10-15% through social learning and image motivation.

In this case, the greatest peer effects were generated by early adopters in communities with high peer effect characteristics. The biggest influencers tended to have large installations on main roads, as more people were able to see the panels. Peer effects transmit best through communities that have higher average household sizes and commute times, as well as having a high proportion of people who are white, male, college educated and own hybrid vehicles.

In sum, the greatest influencers for brands may change between categories and isn’t always an Instagrammer with 100k followers and a clothing line. They may be the loudest kid in a classroom or the house with the biggest roof on the street. It’s worth brands taking time to understand who really influences purchasing behavior for their product.

George Wharmby. Much like a duck, George is an avid fan of the water - you'll catch him out paddleboarding or surfing whenever the English weather permits. He thinks of the world like a duck, too - calm and serene on top but so much furious paddling going on underneath; that's why he loves behavioral economics so much!